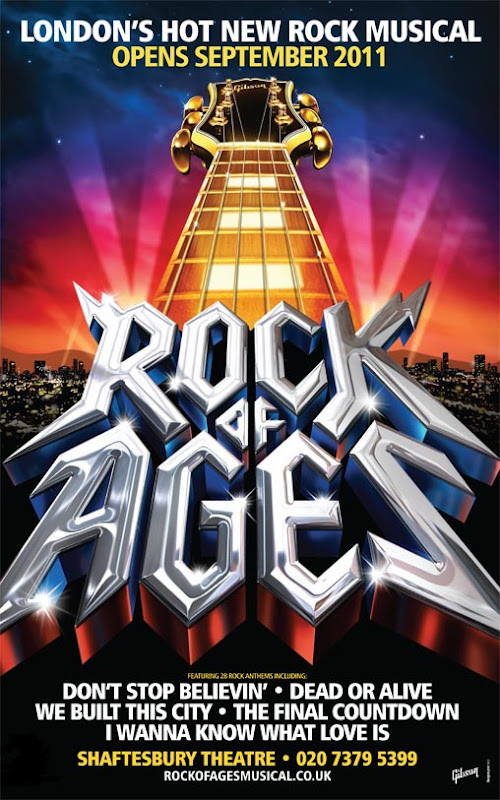 Rock Of Ages is the "absurdly enjoyable arena-rock musical" that will landing in London's West End to rock your world this September, and you are NOT going to want to miss this.

After conquering Broadway for the past two years, Britain will finally get a taste of this sing-along stage classic that beats all of the greatest rock 'n' roll musicals into submission.

The story of a small town girl and a big city rocker meeting in LA’s most famous rock club is soundtracked by 28 classic 80's anthems including 'Don't Stop Believin' 'We Built This City' 'The Final Countdown', 'I Wanna Know What Love is'. 'Wanted Dead or Alive' and 'Here I Go Again'. It's an awesomely good time where big hair meets big dreams.

Be one of the first to experience all of the hilarious fun of London’s hot new rock musical by booking your tickets right now.

Don't take our word for it - the show's been blowing US critics and audiences away for the best part of two years.

Here's a few links to some of the hundreds of stellar reviews that are out there:

THE VILLAGE VOICE
"...the most remarkable Broadway experience I’ve ever had: goofier than Spamalot, stranger than Passing Strange, more transgressive than Rent."

THEATREMANIA
"...deliriously Entertaining..." and "it’s also one of the funniest shows now on Broadway."